YOUR BROWSER IS OUT OF DATE!

This website uses the latest web technologies so it requires an up-to-date, fast browser!
Please try Firefox or Chrome!

The association was founded in 2007 and was named The Entrepreneurship Development Academy (Pl: Akademia Rozwoju Przedsiębiorczości). Ever since its early days, the Members have been actively involved in the social and cultural life of Żagań and the southern Lubuskie province. Since 2008 they have organized open-air events in collaboration with cultural institutions, local governments and local parishes. Each year, the Members help to organize the local fairs called “Parish Meetings with the Muses by the church of the Holy Cross” in the Saint Joseph Roman Catholic parish in Żagań, which aid raising funds for the restoration of the mausoleum of the dukes of Żagań

In 2009 the Association Members were the initiators of applying to enter the former monastery complex of St. Augustine canons regular abbey to the Monuments of Polish History list. It was granted on February 28th 2011.

In 2010 the Association obtained subsidies under the FIO program to promote religious art in three districts of the Lubuskie province. The partners of the project included the Institute of Art History of the University of Wrocław. 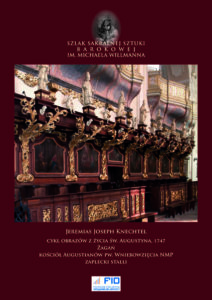 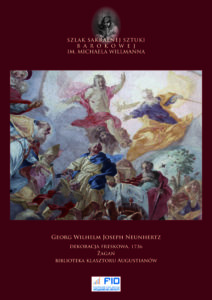 So far, as a result of the efforts of the Association and the help of the authorities responsible for preservation of religious art, approximately PLN1500000 had been obtained to restore historical monuments.

Additionally, individual actions were taken to promote the mausoleum of the dukes of Żagań in local media (TVP Gorzów, Radio Zachód, Gazeta Lubuska, Gazeta Lokalna and Gazeta Regionalna). Since 2015 the Association has participated in the creation of a TV program called Flesz Historii broadcasted on TVP HISTORIA (National History Channel).

On February 21st 2017, at a General Meeting a decision to change the name and extend the scope of the activities of the association was made. By the decision of the participants of the General Meeting the name was changed to The Association for the Heritage of Dukes of Żagań and Courland.

Secretary of the Association

The Scope of Activities:

2. Upholding and promoting national traditions, the Polish identity and raising the awareness of the national, civic and cultural matters.

3. Partnership in aid of protecting the historical monuments comprising the heritage of the dukes of Żagań.

6. Establishing social and cultural partnership in Żagań and places of historical significance for the dukes of Żagań.

7. Restoration and revitalization of historical monuments, including in particular the ones connected with families von Biron, de Talleyrand-Pèrigord, de Castellane, Radziwiłł and Potocki

9. Supporting and educating the public about protecting historical monuments.

11. Supporting local communities, including those in small towns, villages and post-military areas.

12. Establishing relations and partnerships with non-governmental organizations in Poland and abroad.

13. Taking actions toward the European integration and developing relations and partnerships among societies.